Head Tracking gives pilots a huge advantage, but price of commercially available ones is high. Alternative is making one yourself. If you know a bit of soldering, you can do it.
Here is a video tutorial + example of components. You can change what diodes, resistors you use. 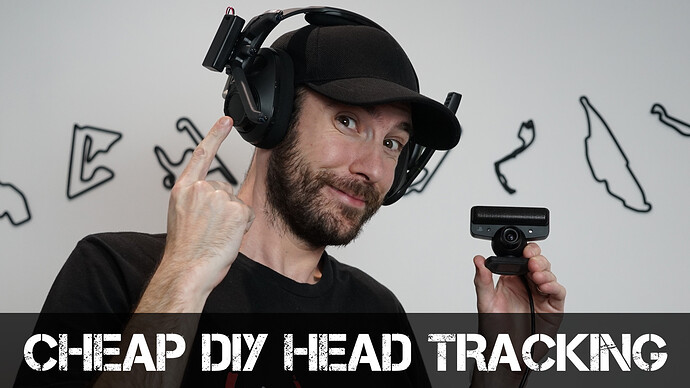 How to build a DIY Head Tracking System for UNDER $20

Head Tracking systems can be a great way to add additional immersion to your gaming, sim racing and flight simulators and are particularly appealing to those who don't get along well with Virtual Reality headsets. But they can be quite expensive to...

In the video the head piece is 3D printed. If you don’t have a 3D printer you can make it out of whatever you have available. I have seen them made out of straws, mine is made out of metal. What you need to look out for is placing the LEDs correctly;

When shopping for the PS3 Eye camera it is important to get one with round lens. There are two variants and the one with flat lens makes removing the IR blocking layer very difficult.

I made one of these a few years back and it was really easy.

It’s worth noting that if you don’t know how to solder and don’t want to buy a soldering kit just for this then you can buy pre-made ‘diy’ head mounts with LEDs and they can be bought either as battery or USB cable powered - search eBay. They should be about £15-20 (I’m in UK).

Also, the PS3 camera… The video above might suggest that you take the camera to bits and place the UV filter inside the lense. This isn’t actually needed as it’s perfectly possible to stick the UV filter over the top of the lense (externally) as long as you’re careful with the super glue - it doesn’t look as pretty but it’s easier

We’ll worth doing as it’s a real game changer.

Isn’t there a film you have to remove inside the camera? The video maker used a heat gun and metal piece to remove it.

I just stuck mine over the top and it worked fine.

The Eye camera, like most cameras has IR blocking filter. You need to remove that one and replace it with filter that blocks visible light, like VHS tape.

I got a floppy. 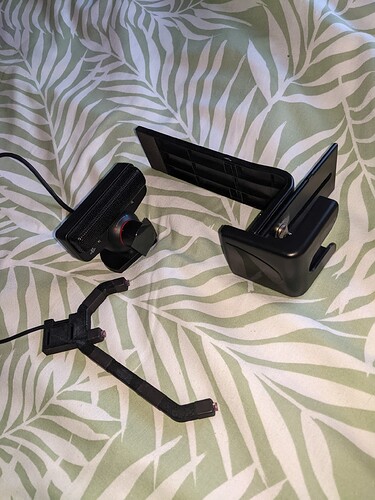 Not a ggreat photo but you can see the inside of the floppy stuck over the lense on the one I made. It looked awful but worked