I’ve always put my own rig together in the past for gaming. I used to be relatively well up to date with the latest in GPUs, CPUs, storage and RAM, motherboards and anything else. Over the last couple of years life happened and I’ve lost touch with the industry. I know the latest, but I’m not so clear on the benefits and aspects of the new tech and how it changed since Intel gen 5, etc.

I’m looking at getting a whole new PC, as my current motherboard chipset is quite old and I do not think upgrading what I’ve already got would be very future proof. I had my rig for 5 or 6 years so far and I’m happy with it generally. It just does not produce the same level of stability in SC that I’ve been used to over the years and I feel its time to upgrade, to keep up with the increasing demands of the game. I’ve had enough of frame stutters I guess.

I’ve been looking at scan.co.uk’s 3XS systems and playing around with some configurations. This has raised some questions around the differences in performance for various components.

To give you guys an idea, I am thinking about going for something along these lines:

I’ve not got as much time these days to research all of this by myself and if any of you feel that you have the experience or knowledge that you could share with me here I would really appreciate. Please share your thoughts and ideas if you can.

Many thanks and see you in the verse.

First…if you got 5-6 years out of your current rig you did well.

You’ve hit the important items correctly. I’ll let one of the geeks explain why Intel over AMD.

My only recommendation is in addition to a 1TB M.2 SSD for the game, get a second 1TB (regular) SSD. I have a 2TB HDD as my back-up and except for photos, vids, documents it is useless.

RAM - 32GB is a good amount to stick with. While most games are fine with 16GB, SC can have issues, especially if you have other tasks running at the time. As for RAM speed, I recommend no less than 3600MHz. Cost savings going lower is minimal if at all these days, and current gen CPUs can get some benefit from faster RAM when overclocking. Corsair Vengeance LPX are my goto on RAM.

GPU - Largely depends on what resolution and refresh rate you will be pushing. IMhO 4K gaming is pointless unless you have a 40+ inch display. If you are only planning on 1080p gaming for the next 5 years, a 3070 would likely serve you well. If 1440p is planned or a possibility someday, I’d spend the extra on a 3080.

STORAGE - Like RAM, we will see some very competitive discounts on SSDs this fall/winter sale season. With that in mind, these are my personal recommendations:

As for the big choices of CPU and mainboard, NOW is simply not a good time to be buying those due to supply chain issues and price gouging. The new AMD CPUs are very promising but its pretty much academic if you can’t get ahold of one for a competitive price. Same goes for the GPUs. So that still makes the Intel 10600K the best gaming-only CPU you can get CURRENTLY.

The newer decent mother boards seem to come with more than 1 M2 slot, mine came with 3.

Thanks everyone, this helps a quiet lot. Almost there.

Not sure what is up with your supplier. I’m finding Corsair LPX 3600MHz 32GB sets as low as 120 USD (Newegg for example). Price goes up a little for RGB and greatly for low latency. As for 2x or 4x sticks, there is some recent benchmarking by GN of a possible minor uplift from 4 vs 2 sticks. https://www.youtube.com/watch?v=-UkGu6A-6sQ&t=805s Keep in mind the price on the RAM can be a little high in the benchmarks, for little benefit. That said, the main reason to go for 2x is to leave room for later adding more RAM in the future. Even with SC pushing the limits, I still doubt you’ll need more than 32GB for the life of this system.

As for the page file IMO leave it system managed, and only on one SSD. I see people advising others all the time to resize their pagefile this way or that. At best it is almost always pointless, at worst it creates more problems.

“Gaming” boards are usually a waste of money in my experience. Usually you are paying for extra crap 99% of people don’t use. The Asus Prime or TUF series boards have been of consistent quality over the years, and they have very user friendly BIOSes for overclocking.

The 10600F doesn’t exist AFAIK. The 10600KF is overclockable while lacking the iGPU. There is little benefit with/without the iGPU if you have a GPU card. However it can be of use in diagnosing a problem with the GPU, giving you a means of booting up without the card.

As for buying a second SSD, if you already have secondary drives you are good with, sounds good to me.

Airflow cases all the way. Unless you like to look at RGB fans pressed up against glass. A few recommendations I can make:
Corsair Airflow 540
Lian Li Lancool II Mesh
Be Quiet Pure Base 500DX

Air vs water cooling. For the current Intels I’d recommend water cooling, but that isn’t to say air cooler wouldn’t work in your situation and especially if you have a good airflow case. You will want a good airflow case regardless. I’m currently using an Arctic Freezer II 280mm water cooler. Unlike a lot of AIO (all-in-one) water coolers out there, they have long enough hoses where you can install it pretty much where you want in the case without length restrictions. If you want to get real deep in the weeds on that subject, check this out. https://www.youtube.com/watch?v=BbGomv195sk

Yeah, if you’re having issues getting RAM over 2666, you’re looking in the wrong place. My new build is 100% Amazon, with the exception of the CPU and GPU, which came from NewEgg and, I believe, B&H Photo/Video, respectively (Not 100% sure where the GPU came from because I got it from a buddy who bought 2).

I, for one, always jump high on CPU. Some people have a different philosophy than I do but when I build a PC I put the vast majority of the build money into CPU/GPU/RAM and always buy “top-of-the-line”. Yes, that means my builds are expensive but…it’s what I prefer to do (a few times bitten, forever shy).

Generally, I would say that there’s no point in buying a “gaming” board unless you have the disposable cash to do so. They don’t offer much in the “real reasons to buy this” category.

Storage…it’s all up to you. How fast do you want to be able to access your data? Make that call and the decision is made.

Finally, airflow. There was a test done where the testers filled a case with stuffed animals, t-shirts, hats, pillows, cables etc., and ran heat tests. There was about a 1c difference in CPU heat between the test with the case empty and cable-managed to wire-porn standards and the thing filled with junk. Don’t worry about it.

As for water coolers, if you get a good AIO, there’s no maintenance at all. You mount the fans/radiator, you mount the cooling block/pump on the CPU and you’re done. The longest and most arduous part of that is screwing in all the screws that hold the fans and rad to the case. A drunken monkey could do it, as it is no harder, whatsoever than mounting a standard fan/heatsink on the CPU. You may have to replace the mounting plate on the back of the motherboard but, again, it’s 4 screws…take them out, put the back-plate in place, done and done. Just make sure the case you buy will accommodate the size rad you get (i.e. 240mm vs 360mm).

If you’re thinking closed-loop (fancy) water cooling, the first thing you want to do is find a good, solid pipe wrench. Take the pipe wrench in your hand, stare at it for a moment, then lift it, vigorously, until it impacts your forehead with sufficient force to make you realize what a bad idea you had. Repeat the above process until it sinks in.

Sorry, gonna have to call some BS on the “case with stuffed animals” part, unless you can post a link or something. I can give you dozens of other comparisons showing worthwhile differences between airflow centric cases and not, and without adding artificial obstructions. Airflow matters wheather you have aircoolers or an AIO.

As for custom water cooling, I’d say no unless you really have the cash to blow and just like spending hours/days tweaking things. 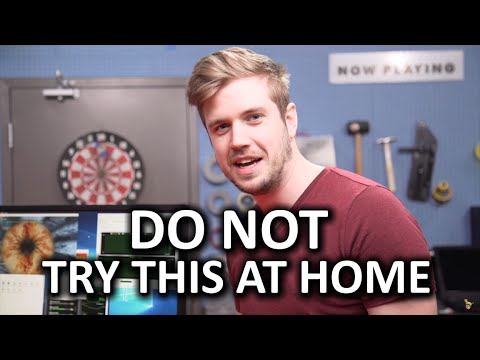 This gives me a lot to think about.

I think I will hold off on the upgrade until Christmas or January sales at least. I doubt supply of RTX 3080s will increase by then, but at the moment I’m staring down 2 choices:

I’ll lay this to rest for now anyway. Gives me more time to research other aspects of the system and save a couple more bucks hopefully. I also want to post on the scan forums to find out why their 3XS “Pro Gamer” builds do not include an option for 3000/3200 RAM sets. Scan is usually my go-to here in the UK.

Sounds like a good plan all considered. About the only sure way I know of to get one of the new cards is to order a prebuild, such as Cyberpower. Not always the best bang-for-buck, but its there. These systems typically have pretty stock RAM speeds. The cynic in me is that their marketing types determined the extra expense doesn’t translate to sales. Also, I think they just have a ton of 2666 RAM and need to off-load it.

I don’t like the idea of pre-builts…I’ll just say that and let it go.

Also, keep your eyes peeled. 3080’s and 3090’s pop up at retail on a pretty regular basis on Amazon, Best Buy, Newegg, B&H, etc…You just have to be Johnny on-the-spot to get them.

I agree with you, not a fan of pre-builds either. All of the other systems I had were built by myself.
It’s an extreme I’m willing to go to if I can’t find a GTX 3080 anywhere else - even then I’ll have to wait a couple of months for my build probably.

This kind of leads me to debating whether it would be worth suffering for a few extra months/half a year, in hopes that supply ramps up. We’ll see what Christmas and January sales bring and then I’ll have a better idea of where things stand.

A friend (who’s working in supply chain) once advised me that September is the best month for bargains on computer parts in the UK. I’m just not sure that I’ll be able to restrain myself for that long or whether that’s particularly accurate when it comes to the very latest in tech.