Good morning, Captains … Thank you for accepting my application to Atlas Defense Industries.

First of all I want to introduce myself - well, in Real Life my name is Thorsten, 47 years of age, married and living in the Western Part of Germany, close to the Dutch Border.

I am part of Star Citizen since 2016, so I already followed this game already for a while. Since I like the idea and the concept, I started first with a small Mustang at first and gradually expanded my fleet over the last few years. Currently I own a Vanguard Warden, as well as a Genesis Starliner. Next to that I own some smaller Origin Spacecrafts …

By matter of mentality - I am more or less the Multi-Crew Starship Pilot - a relict from my RL, where I am a big fan of Airliner Aviation, although I also occasionally fly smaller birds in real life. So I am currently slightly torn between Membership in Commerce & Transportation Department and becoming Fleetpilot. I guess I will dropp some grey hair about that over the next few days.

Other hobbies I have are DTP and being creative on my pc … I have a more or less smaller star citizen blog. Next to that I also like making snapshops, drawing Certificates or speculating about Spacecraft Operation Procedures in 30th century.

Well, so much about me initially … I guess I will drop into Discord today or tomorrow at latest.

If you have questions, feel free to ask.

Welcome to ADI Stardust! You picked a good place to call home in the Verse.

Howdy, Ghostknight, thank you very much. I like being part of a working time and of course I like putting my manpower in it

I hope I can set base at Goss with you org

Good afternoon and welcome onboard! Great time to become involved and check out those Origin ships. I too like flying the larger ships; looking forward to when the Crusader Hercules comes out. See you in Mumble and look forward to flying with you and crewing in when we can. Have a great weekend!

Welcome to ADI Stardust! I hope you enjoy your stay, good to know we’re slowly getting more EU people in the ORG

See you in the verse!

Welcome to ADI, Stardust. Hopefully we’ll be flying with you in the verse soon.

Welcome to ADI Stardust, I would not worry to much about what Division you join just join the one that you feel you will do the most. You will still be able to do work in any division as long as you get the certs when they come out. I look forward to seeing you in game.

Welcome Stardust! Glad to have you with us here at ADI, you picked the right org to call home with active and experienced members to enjoy the Verse. Hope to fly with you soon!

Hey Stardust, nice to meet you and welcome aboard

Welcome to ADI Thorsten good fleet so far you looking to expand in the future? See you in the verse!

Welcome to ADI, cant wait till i see you in the verse =D

Stardust, welcome to ADI and thanks for a great intro post. Like others have said, don’t sweat the choice over which division to join too much- you can’t go wrong either way and your choice will not preclude you from participating in any activities. I look forward to flying with you soon.

A big thank you for the kind and friendly welcome …

Instead, hauling passengers and cargo from Planet X to Planet Y is quite fine and also matches elegantly with my big passion civil aviation.

My biggest ship in the fleet currently is the Genesis, sadly it is still non-flyable. But once it is ready for Verse you are all invited.

Depending on anniversary sale this year, I think about adding one or two new ships - either something like a larger Origin 300i, but smaller than a 600i, or a Hercules. In extent my Hangar currently contains

I have to see, what thinks will be tossed on my feet in November @M_Hazard . Okay, and then there is also those pesty Origin Event. So I am also curious about the rover …

Additionally, I want to reorganize my fleet during anniversary sale slightly … The Genesis I currently own is a happy ccu of my pledge ship, so I am looking for a way, a) to melt the pledge, b) buy the pledge back and c) purchase the starliner as a stand alone ship via shop points, even if it would be connected with some additional costs …

Anyway, so much about me … I wish you all an awesome and healty sunday… Kind regards from Lorville Area 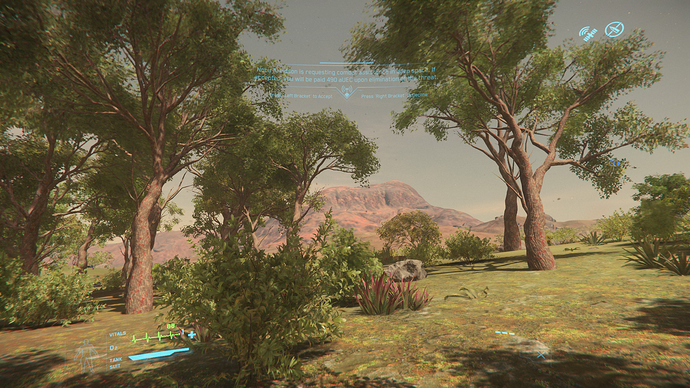 Thanks for the nice conversation yesterday … Actually I wouldn´t have thought, that I would survive an english conversation for an hour or two, without colapsing. Yet it worked, @TurinAtmos … My thanks is also going to Fabled Fox for the excellent onboarding. I wish I would have had such an extended introduction in other organizations (including my rl employer

… ) And well, I really have to say, I really like this place @FabledFox

Welcome to ADI Stardust. I too enjoy many facets of Star Citizen. You’ve got quite the fleet at your disposal. I for some reason tend to lean toward MISC ships though I hope to pick up a fighter soon. I look forward to running ops with you in game.

Thank you, Mesachie. Well, if you want to ever try out a Vanguard after it´s re-work just let me know. I you are invited to use it … It is a nice bird and the good think is - you won´t have plenty of discussions with it … I usually take the warden for excursions in unknown territories, which is another big hobby of mine.

Hello, Teufelhunden. Don’t worry about such things. I guess most of us older guys know, that real life can be quite demanding and that some things like family have their own priorities. With 25 I could easily cope with some four or five hours online per day. Today, I can be happy if I manage two hours of gaming per day. In this way - thank you for the kind hello. We see us in verse.